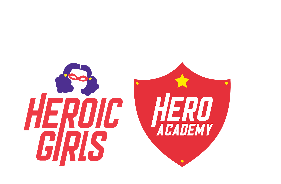 According to a 2018 study by The Observer, male characters are twice as likely to take leading roles in children’s picture books and are given far more speaking parts than females. This creates serious problems for childhood development, according to John Marcotte, president of the Heroic Girls Foundation.

“Everyone deserves to see themselves as the hero of the story,” Marcotte said. “What message do children receive when over and over again women and girls are regulated to side characters and love interests — if they are present at all?”

To combat the inherent biases found in children’s literature, the Heroic Girls Foundation has established the Hero Academy, a graphic-novel book club for kids and teens of all genders focused on diversity. Thanks to a grant from the City of Sacramento, six books and a “Reading Is Fun” kit will be provided at no cost — a fact that is doubly important while schools and libraries remain closed.

The program serves kids from kindergarten all the way up to seniors in high school — broken up into four groups by age and reading level. Each student receives six acclaimed graphic novels featuring diversity in gender, race, sexual orientation and even genre. “Everyone gets a superhero book, of course,” Marcotte said, “but we also made sure to include biographies, dramas, comedy and historical fiction.” West Campus students have an awesome opportunity to join this book club. Please visit Hero Academy’s website for more information.

Back
This article has been archived and may contain content that is out of date.