An increase in depression for teenagers. What can we do to help? By Mia Sherman, West Campus Senior 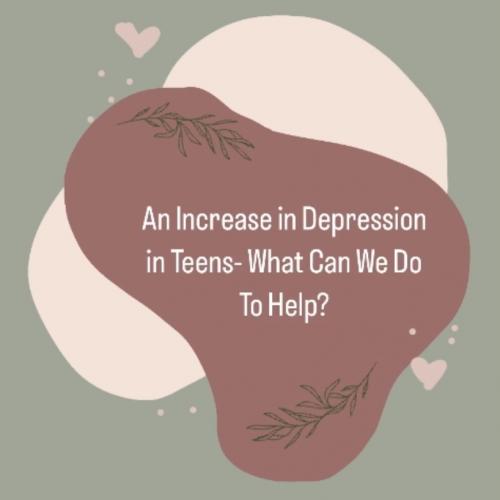 The attached article was written by West Campus student Mia Sherman ‘22 and is provided here as a mental health resource that any member of the West Campus community might find useful. Thank you, Mia, for sharing!

Depression–it seems like teenagers in this day and age are even more prone to it than other generations. Well, depression affects about 350 million people worldwide, making it the number one reason people seek help , and it does strike earlier and more frequently than in previous decades. Teenagers have especially unique circumstances these days- how many generations have suffered through a pandemic, tremendous political instability and divisiveness, and a war all before graduating high school? This truly does have an effect, because teenage brains are wired to connect with people, and that function has been effectively disrupted.

Let me just explain what happens in the brain during a major depressive episode. It isn’t necessarily caused by anything; everyone experiences things differently, and a lot of times there are comorbid events in life that exacerbate the episode . A number of biological and circumstantial factors play into depression; even the person with the most seemingly “perfect” life could develop it . Teenagers are especially affected by it because the brain is already changing during that period and pruning itself into its adult version; the brain is trying to force you to take risks and try new things, primarily by blunting enjoyment of other experiences . During an episode, the brain’s activity is sluggish, and the reward centers are less active while norepinephrine and serotonin are scarce . A major depressive episode is a physical change in the activity of the brain, which is why it’s not something a person can easily just snap out of; it takes more than that, and that needs to be understood. Being within an episode also tends to create a cycle of depression in which the depression causes a focus on negativity, which causes social withdrawal and disconnect, which fuels further depression . There is good news though. Most people with major depressive disorder will recover on their own, although therapy does speed recovery, and they’re much more likely to remain depression free if they minimize physical and psychological stress and have strong social support .

The reality is that although stigma around the topic has improved, it’s still there, so that social support isn’t always present. Dr. Joshua Singer is a psychologist and has worked primarily with young people and their families since 2002, and in our discussion, he pointed out that maybe society needs to reevaluate its values in order to make it a kinder place. Depression is seen as a problem itself, when in reality, the brain is trying to help cope with something by creating depression. If we can shift to a more curious mindset to look for the reason the depression appeared and help that, rather than “solving” the depression, we can get to the root cause and better help ourselves and the people we care about . Society as a whole needs to begin taking those tiny steps to reach that more understanding, kind place.

During a depressive episode, there’s a sense of isolation. It’s already difficult to understand oneself and what may be wrong, so when it feels like no one else understands either, the isolation grows. To counter that, we simply need more kindness in the world, more listeners. How often do people everywhere truly listen and understand as opposed to waiting their turn to talk? Nowadays, maybe not too often. And it’s sad that we can’t understand each other as well. We need to make an effort to do better, understand, and listen when people need us to.

The world today is also brutally performance-driven. All work, no play. People are expected to be constantly productive, accomplish incredible things, do the work- the homework, the service, the family things, the hard classes, the extras, the everything. This mindset of accomplishing the most and the best creates an abundance of shame when you are working through something that doesn’t allow you to be that productive all the time. We need to consider how we impact each other with the things we say or do, and we need to take care of ourselves and each other. The mindsets ingrained into us by society aren’t always beneficial; balance is needed . If we can balance our lives better, change the mindset, we can take away some of that shame around the inability to accomplish ultimate productivity and thus take away some of the fear and discomfort around mental health topics.

So, what could help cope with depression? Try switching from a mindset of improvement to a mindset of compassion. You don’t need to be critical of it or yourself to improve; creating self-compassion can allow space to breathe, to break the negative thought to depression cycle up . That and simple basic hygiene and care for oneself tends to help people stabilize their mental state just a little bit more. Dr. Singer also provided some advice. For the people with depression: It’s normal and nothing to be ashamed of; we all go through ups and downs differently, and even therapists go to therapy sometimes to stay healthy. For the loved ones of people with depression: “Don’t be afraid of feelings.” Rather than trying so hard to protect them from feeling bad by not saying the wrong thing, we can make ourselves more vulnerable and imperfect. Listen, try to understand, and check on them–how they’re really feeling.

People have a lack of understanding of depression, among other mental illnesses, even in this day and age, and we as a society have to do a better job to listen, to understand, and to support ourselves and the people around us. Mental health doesn’t have to be a stigmatized and misunderstood topic going forward; it’s a normal part of humanity that needs to be taken as much care of as we would other health struggles. “There is no mental health. There’s only health.” –Dr. Singer

The attached PDF includes all the sources for this article.