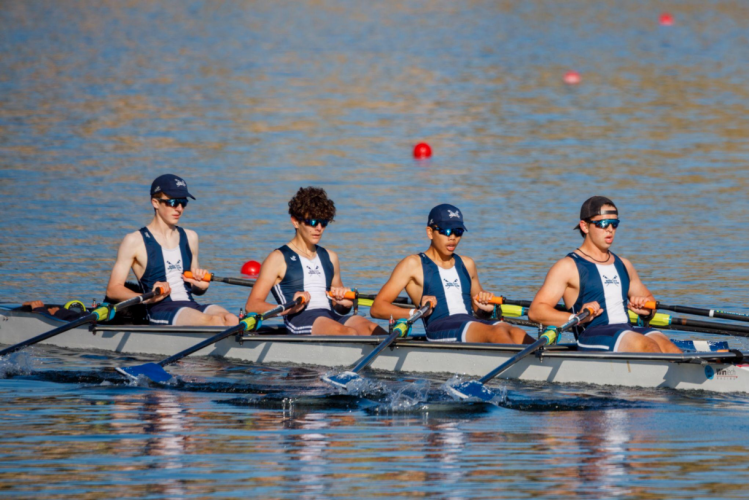 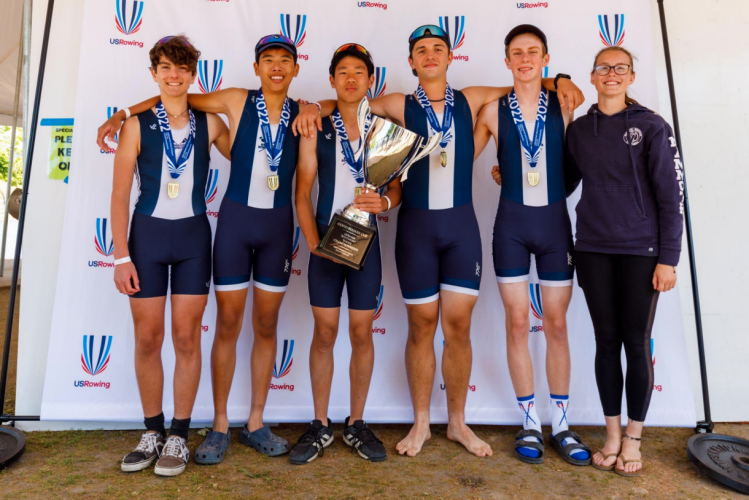 These two scholar-athletes row for the River City Rowing Club (RCRC) in West Sacramento and were in one of two RCRC boats that qualified for nationals at last weekend’s USRowing Southwest Youth Championships event at Lake Natoma.

Owen and Diego competed in a Men’s Under 16 coxed quad (MU164x+) which won their event in 7:08.0, almost six seconds ahead of the second place team! Men’s Varsity coach Angela Fletcher remarked, “They remained calm, driven and confident this entire spring. It was especially remarkable since both the coxswain [Charles Ge] and Diego moved into the lineup just recently as first-year novices.”

Congratulations to Owen, Diego, as well as teammates, coaches, and families! The West Campus community is so proud of you and excited about the Youth National Championships to take place in Florida next month!