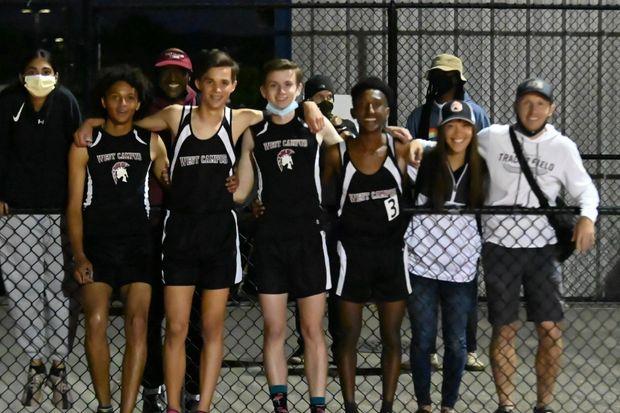 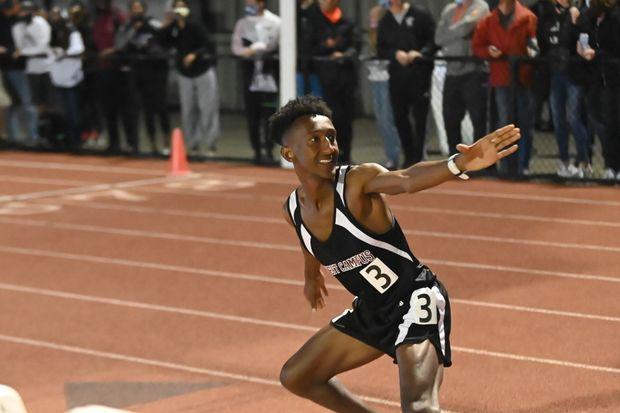 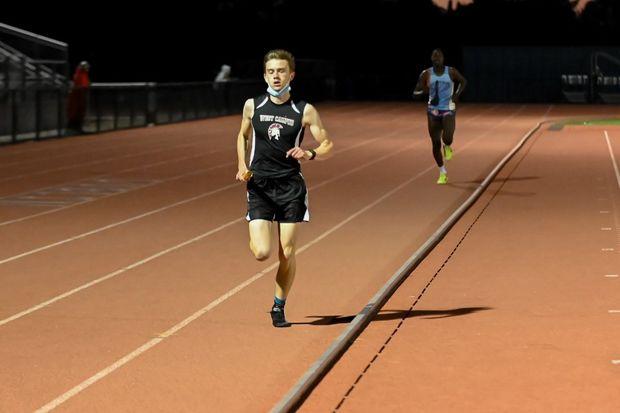 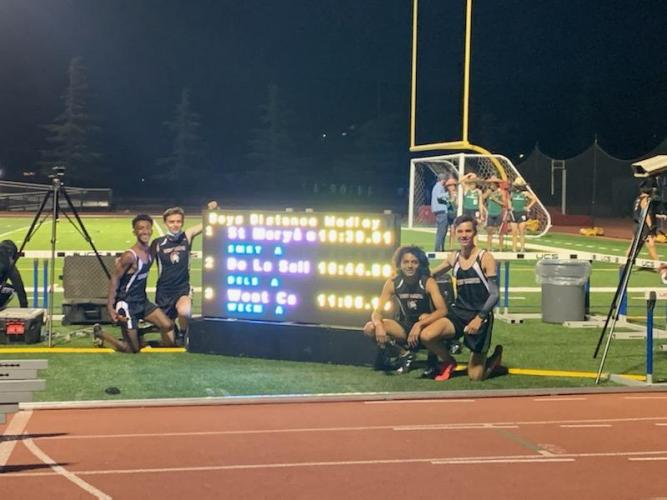 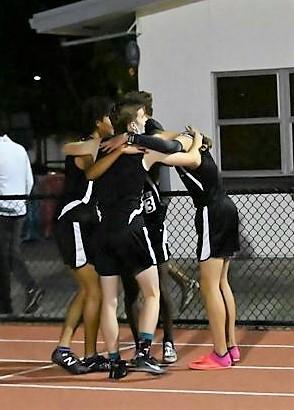 Members of the West Campus Track Team recently competed in the Dublin Social Distance Fiesta, a highly-competitive invitational with the 800m, 1600m, 3200m, and the Distance Medley Relay events.

Every West Campus runner PR’d (achieved a personal record) in their respective races, while the day culminated with the Distance Medley Team of Brandon Moreno, Ben Nixon, Tom Cordero, and Godebo Chapman breaking the West Campus DMR record by 25 seconds! Not only did they smash the school record, our humble Division 4 DMR team also came in third behind Division I powerhouses St. Mary’s and De La Salle High Schools.

It was a record-breaking day for all our West Campus runners – congratulations to all!