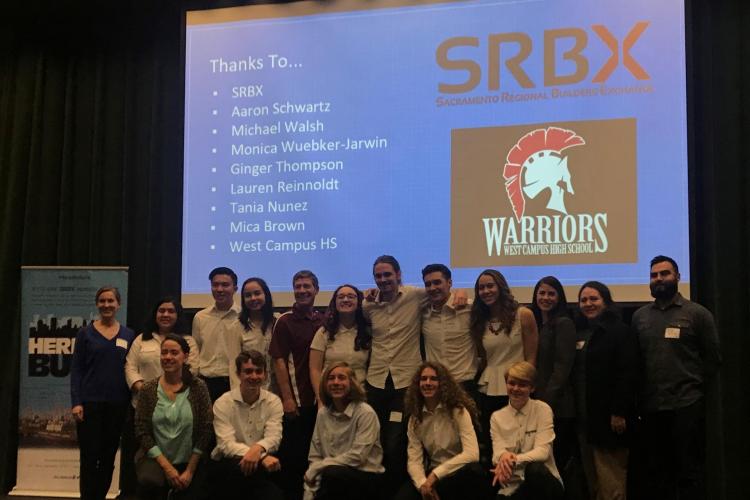 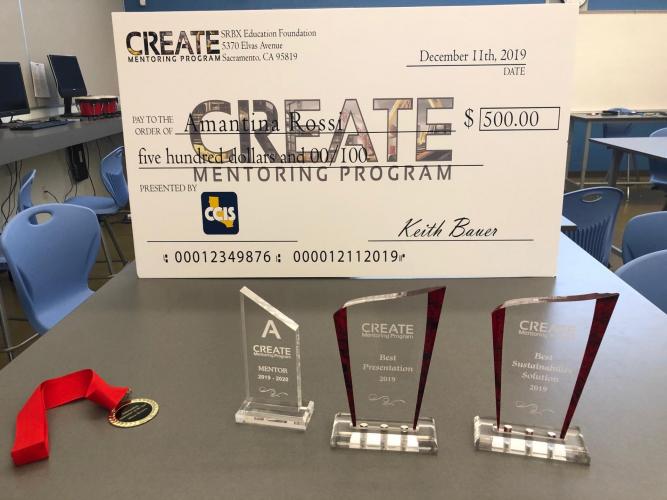 On Wednesday, December 11th, 2019, 23 West Campus students participated in an all-day engineering competition hosted by Sacramento Regional Builders Exchange (SRBE). Held at Sacramento State, the CREATE Competition is the annual culminating event of the CREATE Program, for which our students met regularly after school and received mentorship from industry professionals — such as architects, civil engineers, and structural engineers – over a 12-week period.

West Campus engineering teacher Mica Brown brought two teams to the competition. By the end of the day, West Campus students earned the Award for Best Presentation (for a bio-waste heating method that employs kitchen food scraps) and the Curveball Award (for responding to an on-the-spot surprise challenge: adding an energy-saving feature to their design). West Campus also received very strong positive feedback in consideration for the Best Model Award.

Mr. Brown was impressed by our teams: “The students were amazing. They were enthusiastic and professional the entire event and gained a lot from watching all the other schools present.” This is the third year that West Campus has participated in CREATE, and this time even Mr. Brown’s efforts were recognized: He received the Award for Best Instructor. ”I’d like to thank the teachers at West Campus for preparing our students to go out and be amazing,” he said.

In addition to the competition awards, four West Campus seniors were recognized during the luncheon with scholarships from the CREATE program:

We are so proud of our students and Mr. Brown! Well done, Warriors!!